I'm using Vienna 3.0.0b20 on 10.7, and the article list for this feed is sometimes drawn incorrectly. This happens both with the horizontal and vertical layouts. Screenshots attached. 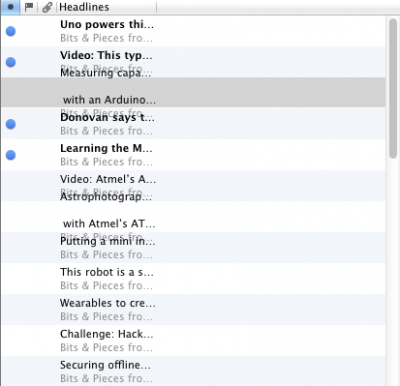 Vienna has a list of the common characters and encodings that can cause a new line or similar effect, which is what you are seeing here. It might be that Vienna is missing this one on its internal list.
Top

Huh, you're right. They don't show up in Vienna's XML source view, so I assumed the title was not the problem by itself.
Top
Post Reply
3 posts • Page 1 of 1