The Perian forums have moved to Google Groups, this forum is read only.
Locked
7 posts • Page 1 of 1

I just recently bought a full version of FRAPS and downloaded Perian (version 1.2.1 as the new 1.2.2 does not support the FPS1 codec). Whenever I open the raw AVI files on my macbook pro, the black levels are EXTREMELY crushed. To put this into perspective, the game I am playing is RIFT and in one clip I recorded I was swimming underwater (which is kind of dark but there is still plenty of detail in the shadows). I opened this file in VLC and WMP on my PC and they looked beautiful, all the detail was there. I then copied them to my external hard drive and opened them on my Macbook Pro (I edit in FCP) and as soon as the camera goes underwater, I can't see anything but near solid black where ground should be and the colors are WAY darker and the black levels are crushed to insane levels. I tried opening them in VLC as well on my mac and it looks a little brighter but not like it does on my PC. Is there something wrong with my macbooks settings or is this an issue with Perian or maybe a Quicktime player setting? I can take some screengrabs if it helps at all.

The WMP version below is a bit pixelated but you get the idea... 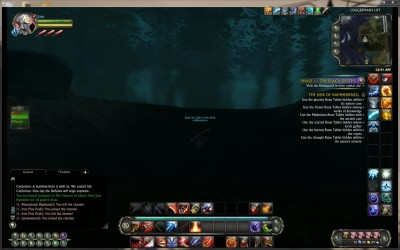 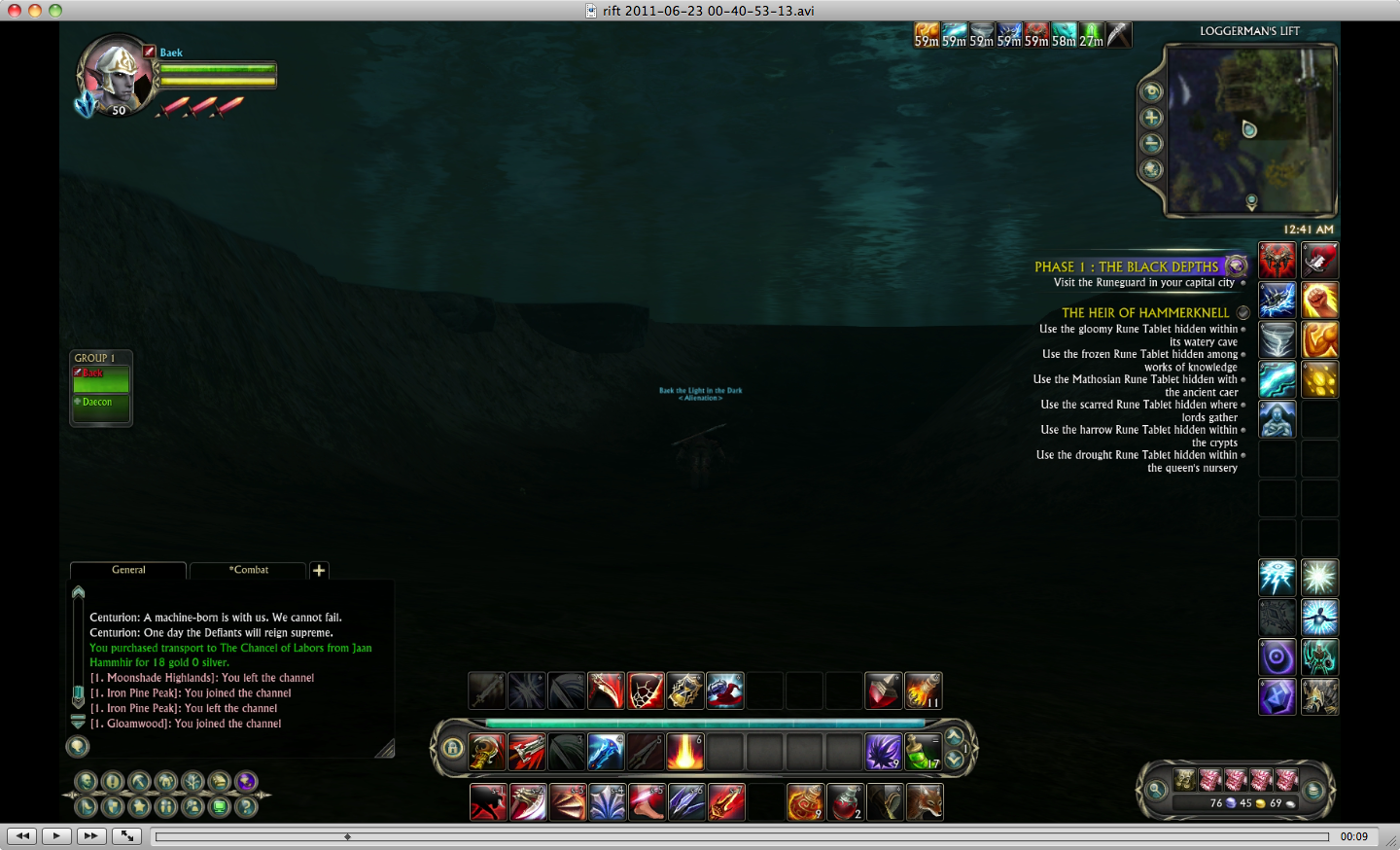 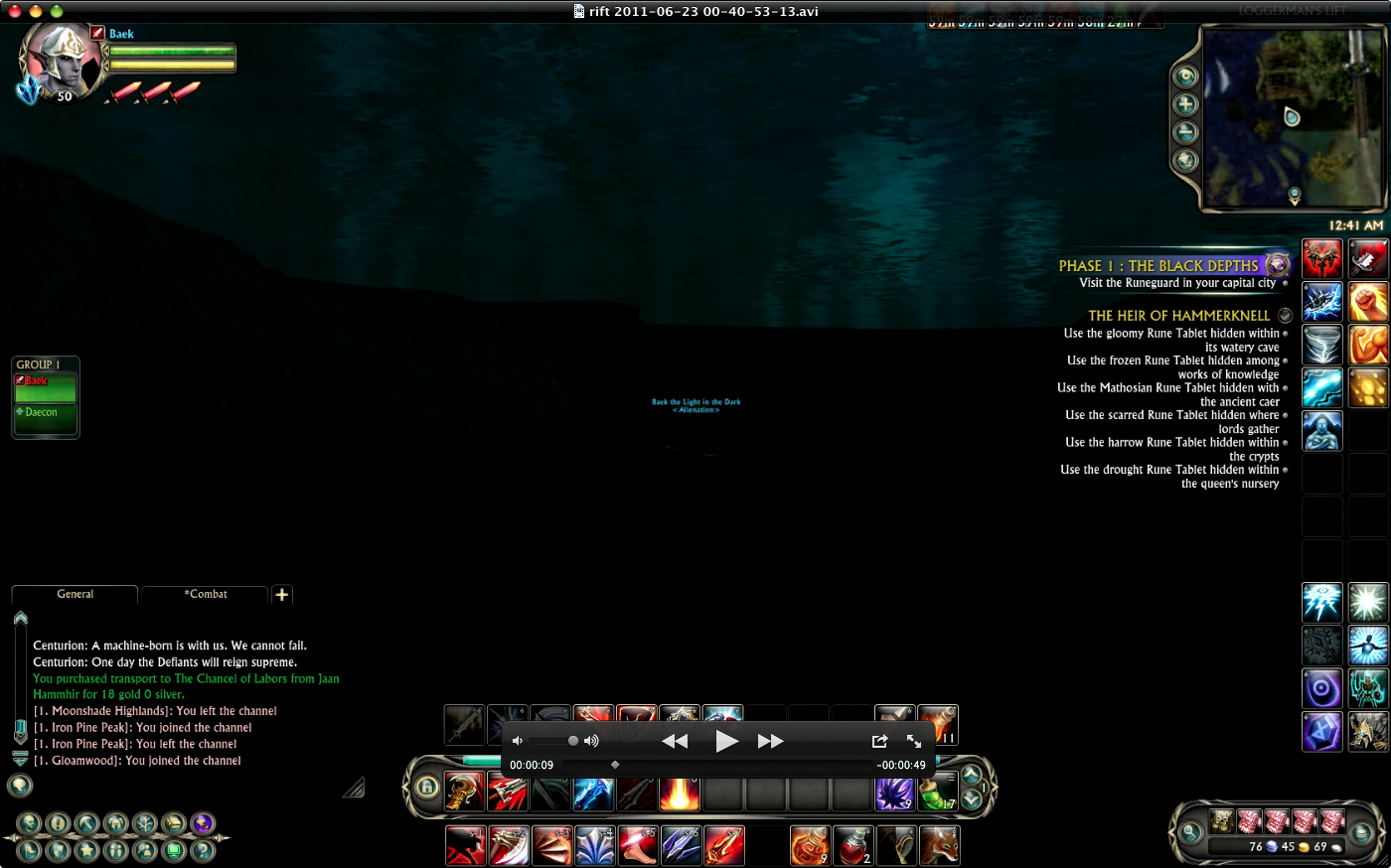 Can you post a segment of the file which exhibits this problem?
Top

Sure, here is an FTP link that has three files.

There is a file that I encoded in MPEG Streamclip on my Macbook Pro, a file that I encoded here at work on a PC using TMPGEnc4XP that actually doesn't look bad (software is discontinued and it's replacement cost $100 and this is for home use), and then the original Fraps AVI source file. The source file is pretty big but I popped it on the link in case you wanted to look at it. The link is good for 7 days.
Top

Our tech guy here at work gave me a bit of a work around for it but it involves using VirtualDub, ffdshow and ffmpeg to do all the work. I would like to use MPEG Streamclip and Perian for it's straightforward workflow but if nothing can be solved I will have to use what works.
Top

Just an update, I'm having some issues with virtualdub giving me a clean, high bitrate file that I can use to edit with. MPEG Streamclip has been the only freeware option I've found so far that will give me a clean encode if only the color was accurate. I don't think I've given up on getting this to work. Has anyone else had this issue and solved it by adjusting some settings somewhere? It seems that it is taking setup away from the file when it is opened in Quicktime.
Top

It's a colorspace issue. It seem that fraps likes to output full range YCbCr instead of a Lumma that ranges from 16-235. Ticket http://trac.perian.org/ticket/566 has more technical information on this issue.
Top

I had one in http://trac.perian.org/ticket/570 too. I think we may fix this by outputting Fraps as RGB from the codec and converting ourselves.

Unfortunately there wasn't any time for this in the current release, but the problem should only affect some versions of the Fraps codec… not sure if there's an option inside the program itself to change that.
Top
Locked
7 posts • Page 1 of 1